Announcing the launch of Acero Schools 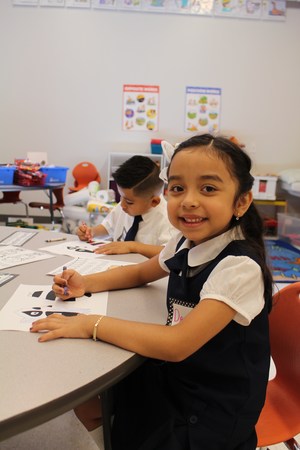 The UNO Charter School Network, also known as UCSN, announced today that it will be called Acero Schools effective with the start of the 2017-18 School Year on Aug. 14.
“With the approach of our 20th anniversary, we reflected on what we must do to continuously improve and position our network to succeed.  Starting with one school serving one community, we have grown into a respected network of 15 schools, serving multiple communities across Chicago,” said Richard L. Rodriguez, Chief Executive Officer. “A new name enables us to embrace the growth and evolution of our organization, dispel any confusion over former affiliations and provides the foundation for our individual schools to continue to thrive.”
The charter school network began in 1998, when the United Neighborhood Organization opened Octavio Paz elementary school.  Since then the network has grown to 15 schools – 12 elementary, two high schools and one K-12 school – and has earned a reputation for operating high-performing schools.  Although originally part of the UNO organization, the school network established its own, independent Board of Directors in 2013, and the network became completely self-managed in June 2015, when its management contract with UNO expired. The school network is no longer affiliated with UNO.
“We remain proud of our roots and appreciative of the trailblazing work that UNO did to bring success to our students and schools, but we also know it is critical to recognize the growth and evolution of our organization,” said Rodriguez. “It is time to forge our own identity, one that represents the next phase of our network and our commitment to growing strong, together.”
Acero means “steel” in Spanish – it evokes strength, resilience, and the enduring impact that this maturing collective of high-performing charter schools, outstanding educators and professionals, and inspiring alums, students and families embody.  This name honors the network’s roots within the Latino community, recognizes the strong foundation that has been built over nearly two decades, and fortifies the network so that it can continue to reach even higher.
About Acero:  Acero Schools is an urban school network serving a high percentage of bilingual students. Its schools are tuition free and serve more than 7,500 Chicago students and their families.  With a focus on innovation and sharing best practices, the network takes a team-based approach to developing high performing schools. Using proven educational models for social emotional learning, personalized learning and data-driven and differentiated instruction, it devises a customized approach for each individual school to best meet the needs of students.