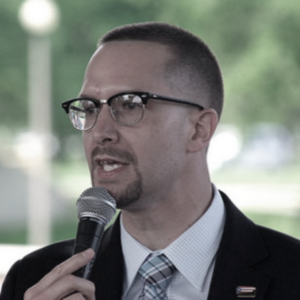 Acero Schools announced today that Matthew A. Rodríguez, M.Ed., has been named chief education officer. In this role he will guide the educational strategy for the network’s 15 public charter schools. Rodríguez has more than 12 years of leadership experience in Chicago schools and a proven leadership development track record. He joined Acero Schools in September 2018 as managing director of student achievement. Prior to that, he served as a principal and school leader also focused on leadership transformation.


“Matthew’s an ideal fit for Acero Schools, not only because of his academic credentials and demonstrated track record, but also because of his relentless commitment to the very best for our schools and students,” said Acero Schools CEO Richard L. Rodriguez. “He is closely tied to the communities we serve and a staunch believer in further empowering our learners and families.”


Rodríguez earned his bachelor’s degree in sociology from the University of Illinois at Chicago. He also earned two master’s degrees, one in education and the other in educational leadership. He is a doctoral candidate at Illinois State University, again focused on educational administration. He is New Leaders affiliated.


Matthew assumes the role previously held by Christine Diaz who is relocating to Texas with her husband and family.